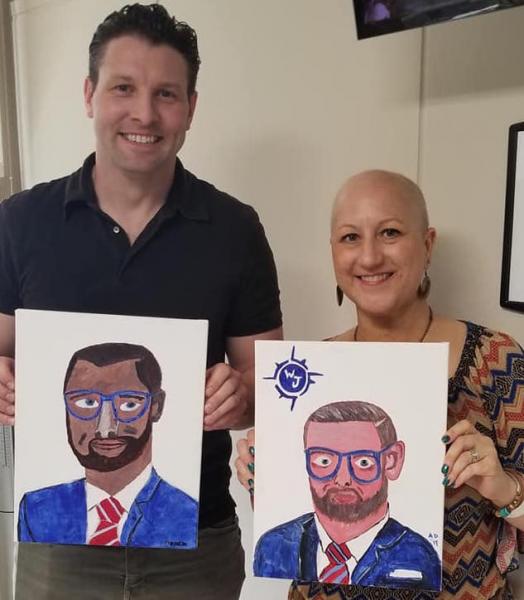 Several weeks ago, Attorney Adam Williams paid a visit to a good friend, Alice DeGeorge, during a round of her chemotherapy treatments. Two weeks later, their friend Brock Allen did the same, but this time showed up with painting supplies. Alice and Brock decided to paint portraits of Adam, pictured to the left.

As the owner of Presque Isle Printing Services, Alice quickly decided to turn these life-like portraits into "Ugly Mugs" for everyone at our office. She secretly arranged to have them show up on all of our desks one morning, so Adam decided to auction one off on Facebook with proceeds benefiting American Cancer Society, StringsforaCURE and Linked By Pink.

Adam Williams of Williams and Jorden, Brock Allen of Tech Tank, and Rob Frank of RFrank Photography made donations to each organization. Online donations were made directly to the American Cancer Society by Beth Zimmer, Missy Monacella, Jon Whaley, Erin Green, Shaun Rajewski, and Genevieve DeRose. Initially, bids starting rolling in under $100. But it wasn't until after Adam and Rob agreed to match the winning bid that Brock dropped a bid of $1,000. All said and done, $500 was raised for the American Cancer Society, $1570 for Linked BY Pink and $1570 for StringsforaCURE.

"Adam's Ugly Mug" is now available for purchase for $10 at the Oasis Market in downtown Erie. All future proceeds will go to the StringsforaCURE Foundation, which helps ease the financial burdens of local breast cancer patients undergoing treatment. 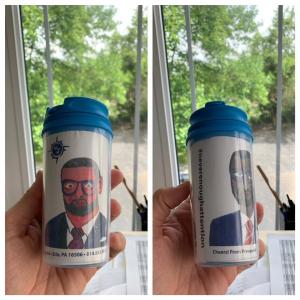 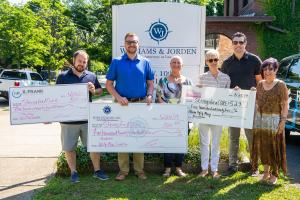 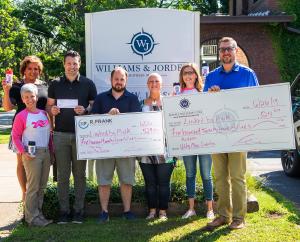 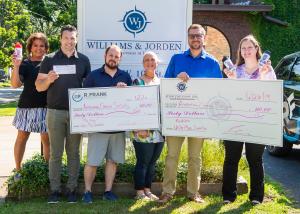