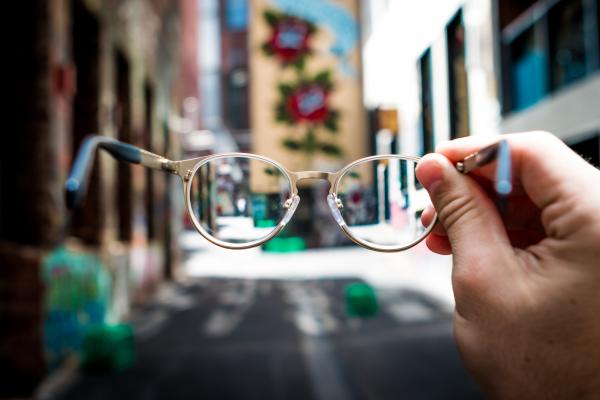 The Americans with Disabilities Act (ADA) was enacted by Congress in  and prohibits employers, government entities, and privately- owned businesses from discriminating against people with disabilities. Businesses must make their goods and services available to people with disabilities unless to do so would cause an "undue burden." In 2008, Title IV of the ADA was added, requiring providers of communication services to provide access for disabled individuals. This included telecommunications, broadcasts, and internet access.  Unfortunately, the government has not issued specific regulations to let businesses know exactly how they can comply with this mandate.

A recent case in the Ninth Circuit Court of Appeals declared that Domino's Pizza must make its website and ordering app accessible to the blind. The plaintiff, Guillermo Robles, sued the company when he was unable to order pizza on the company's iPhone app.  The app, he argued, relied too much on visual images, making it impossible for blind people to use. The court ruled that Dominos had a responsibility under the ADA to provide "full and equal enjoyment" of its services to all.

A similar series of cases have been brought against dozens of art galleries seeking damages because their websites are not accessible to the blind. The lawsuits, filed by the same attorney in New York, have been called "frivolous", and merely a mechanism for profit for lawyers, but have nevertheless resulted in settlements in which art galleries have paid damages to plaintiffs.

Lawsuits by visually impaired and hearing-impaired individuals over website access are not new. In 2000, Bank of America was the first company to settle such a case, and, in 2008, Target paid over $6 million in damages to settle a class-action suit brought by the National Federation for the Blind.  Recently, however, the number of accessibility suits has greatly increased. The Wall Street Journal reports that 2,250 website access lawsuits were filed in federal courts in 2018, involving companies like Forever 21, Michael Kors, and Prada. Visually impaired users are unable to access online information, as companies' websites are often incompatible with screen reader software designed to translate visual images into audio content for blind users. Hearing-impaired individuals have also had problems with software compatibility when websites rely on videos to convey important information.

Unfortunately, the government has not yet published definitive guidelines on website accessibility under the ADA. Until that happens, it will be particularly difficult for small businesses to understand what they should do to make their websites comply with the law and avoid costly litigation. Hiring consultants to conduct a thorough review of a website's code can be extremely expensive and may not be possible for small businesses. Nevertheless, when building new websites or maintaining current ones, business owners should take steps to make sure that their websites and mobile apps can be accessed by blind and hearing-impaired users. One relatively simple step would make sure that all videos are captioned, for example. If possible, the company's website and mobile apps should be tested using popular accessibility software, and any compatibility issues addressed.

The Americans with Disabilities Act is frequently litigated in employment and other circumstances. Clients can look to those lawsuits for guidance on how the law may be interpreted in the instance of a website or app.

As of the date of this article, there is no timeline for when the guidance may be issued.